We use the Perimed PSI camera as a diagnostic tool in patients with impaired microcirculation. Microvascular dysfunction is a systemic process that occurs in multiple tissue beds throughout the body.

For example, the reason for painful perfusion deficits of the fingers or toes is either a vasospasm like in patients with Raynaud’s Phenomenon, or an occlusive vessel disease caused by (thrombo-) embolism, vasculitis or hyper viscosity syndromes. Both the repetitive transient vasospasm and the persistent obstruction of the nutritional vessels of the skin can lead to ischemia, with the consequence of ulcerations or wound healing disturbances. Treatment strategies differ between the several entities.
Thus, there is a need to clearly differentiate between vasospasm and sustained vascular obstruction caused by other conditions.

To answer this question, we apply the Laser Speckle Contrast Analysis LASCA of the Perimed PSI under several temperature conditions. The LASCA method allows us a real-life-visualization of changes in skin perfusion due to our temperature provocation protocols: after ice-water exposure of the hands or feet we are able to evaluate and objectify the patient’s symptoms provoking the typical Raynaud’s vasospasm (fig. 1). 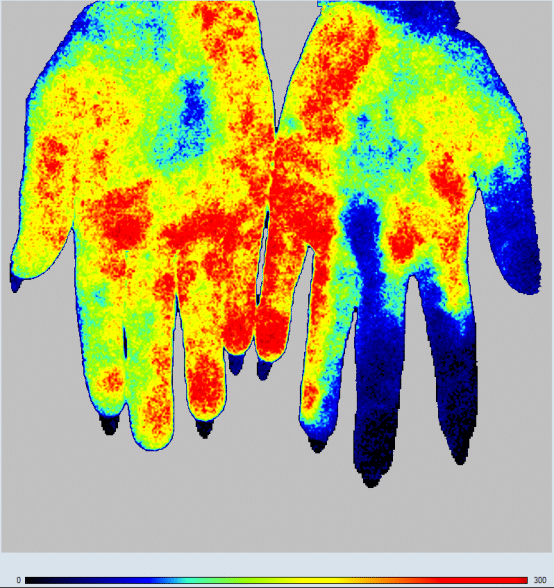 Fig. 1 Hands of a 42 year old women (volar side) after ice water exposure present a perfusion deficit of the left-hand’s thumb, index and middle finger

Fig.2 After rewarming, the perfusion deficit of the 3 fingers is completely resolved which indicates a vasospasm typical for Raynaud´s Phenomenon

Rewarming of the hands and feet completely resolves the ischemia only in case of Raynaud´s Phenomenon due to a vasodilatation of the constricted vessels, followed by a reactive reperfusion of the skin (fig. 2). In contrast, in cases of an obstructive vessel disease the perfusion deficit remains widely unaffected by rewarming procedures (fig. 3, 4). 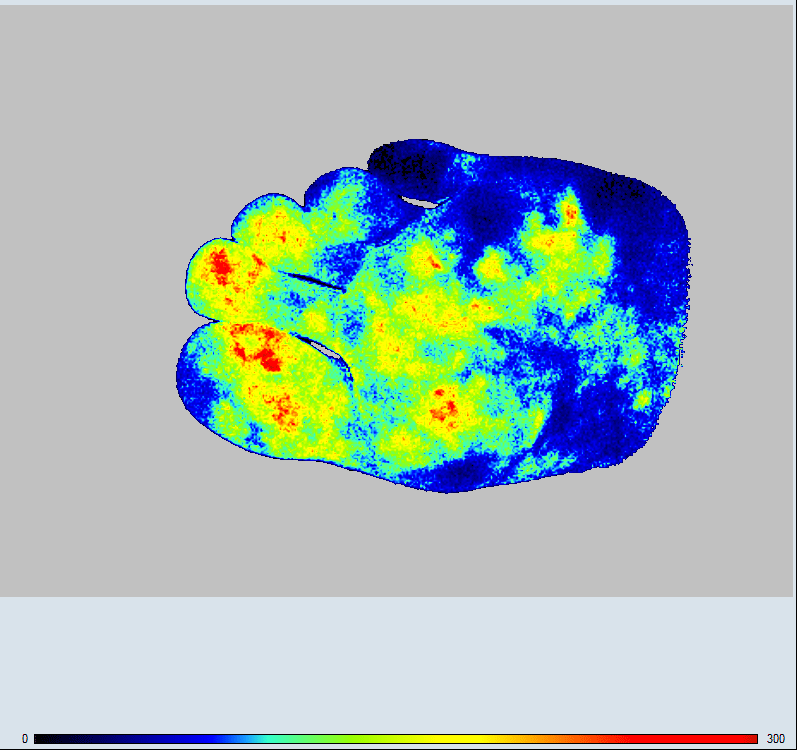 Fig.3 Plantar side of the left foot of a 52-year-old man suffering from essential thrombocythemia 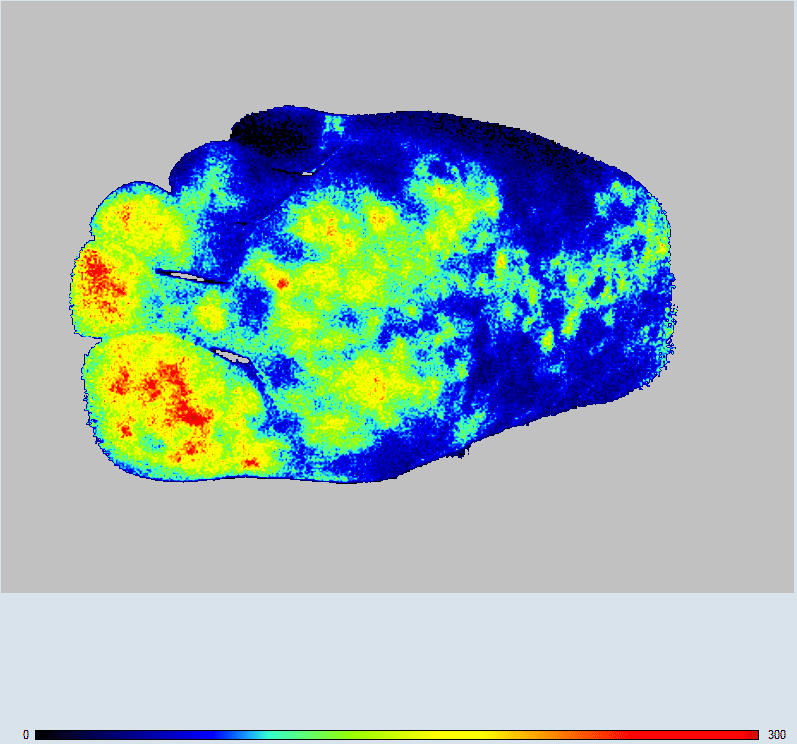 With the LASCA method we are able to evaluate the skin perfusion as a function of nutritional blood vessels, whereas duplex sonography and angiography fail to detect perfusion deficits in these parts of the blood circulation. Furthermore, LASCA provides a non-invasive, easy-to-use- and non-time-consuming technique, which allows us to also apply this method in children (fig. 5, 6).

Fig.5 Hands of a 6 month old girl at room temperature… 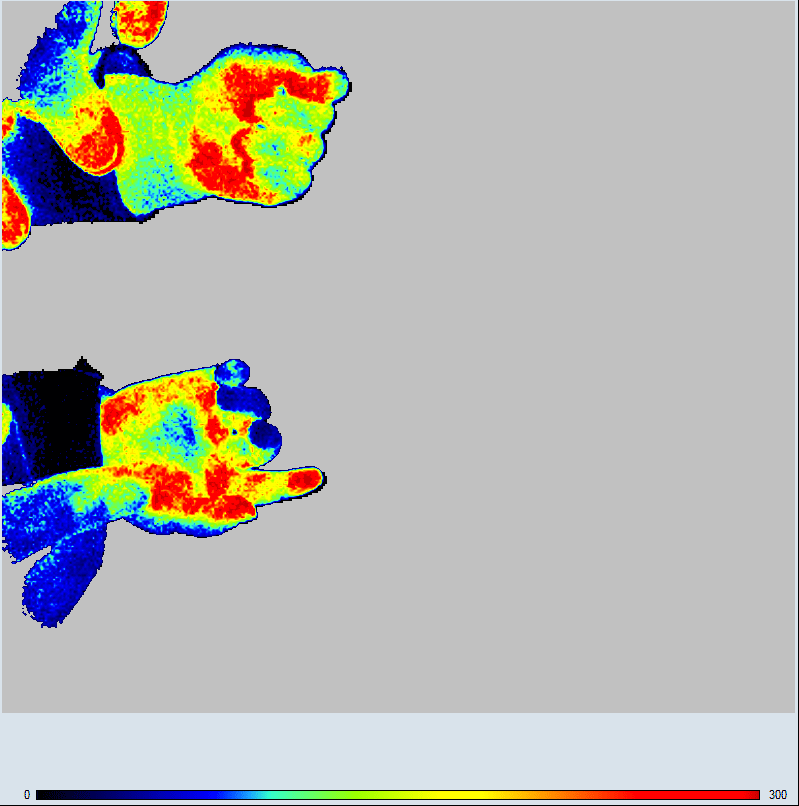 Fig.6 …and after warm water bath (fig. 6). The ulnar-side painful 3 fingers present a minor perfusion which remains unchangeable after rewarming. Duplex sonography as well as MR-angiography failed to detect the perfusion deficit caused by a paraneoplastic hyper viscosity syndrome. Annotation: The fingers of the nurse shown in parts of the pictures were necessary to keep hold of the little hands of the vivid girl

Last but not least, it provides an appropriate method to assess the effects of a given treatment during follow-up.